Has tested positive. Going to get ugly. Recreational stuff but on a game day

That’s Dunn, Scharenberg out with ACL’s and Murray out for illicit. Backline copping it.

Thought he was a guy on Sky News.
Ruling that out, Collingwood?
Third player?

Still too soon for me to enjoy other teams misery

9th spot gets in.

Going by the photo, meth?

Links have gone dead, taking out the bits they don’t like?

Lol. Just thinking how it was released Friday morning every the paper runs and before the biggest weekend of football for the year whilst politics owns the front page. AFL management at its very best.

Lol. Just thinking how it was released Friday morning every the paper runs and before the biggest weekend of football for the year whilst politics owns the front page. AFL management at its very best.

Spot on, they would have know for weeks wouldn’t they?

I thought he ran a little too quick for a white fella.

He was pulled out of the game against the power last Friday. So yeah, they’ve known for a week

Collingwood player Sam Murray is facing a lengthy suspension after recording an elevated reading for a banned substance on match-day.

Murray is understood to have recorded the positive reading to an illicit substance which under the World Anti-Doping Agency code means it is treated as a doping offence. 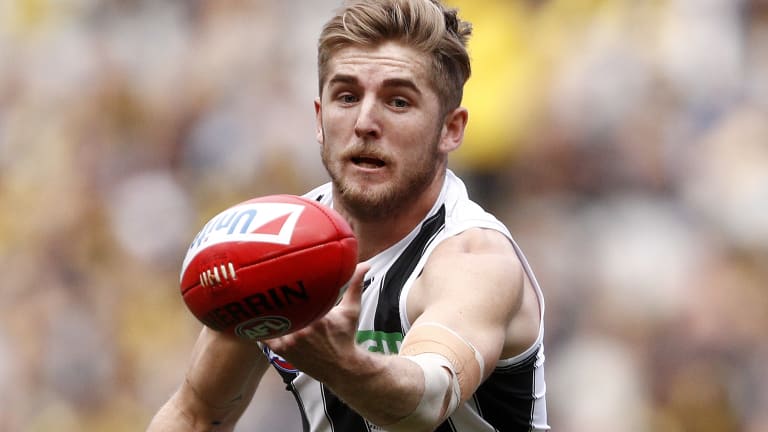 Murray, 20, is believed to be under a provisional suspension as the Australian Sports Anti-Doping Authority awaits confirmation of the B sample in what is a lengthy process.

The positive test was recorded some weeks ago, and the Magpies have known about it for some time. Murray was withdrawn from the Magpies’ team to face Port Adelaide last week for “personal reason”.

Under the WADA code, Murray will be facing a ban of between two and four years, although he may be able to argue that he ingested the substance earlier than match day, which could reduce the penalty.

The substance in question is understood to be an illicit drug, which is classified as performance enhancing on match day only.

Had he recorded a positive test during the week, he would merely have a strike recorded against him under the AFL’s illicit drugs code.

Murray’s situation follows Collingwood’s suspension of Josh Thomas and Lachie Keeffe in 2015 for two years, for taking an illicit drug which was found to be laced with the banned agent clenbuterol.

The AFL did not comment when contacted on Thursday night.

story back up on afl.com.au, but edited to be entirely attributed to ■■■■■■■ Barrett. They’re distancing themselves from it completely.

Still too soon for me to enjoy other teams misery

I posted in the Saga thread, a 4 year ban for this is bullshit.

When are the AFL going to grow some balls and ditch ASADA/WADA? It’s just a joke

They never grow back.

Happened at Collingwood multiple times now… So do they get penalties for poor ‘governance’ now like we did?