Watching Hawthorn struggle last year was almost enough to make up for how rubbish the Bombers were. Almost. Watching Kennett lose out at their board elections made it even sweeter. I can only hope that the cliff they fell off last year is a tall one and the fall continues for a few more years. I have worries though, their list mismanagement may be overstated.

The backline lacks depth but there is the bones of a good backline there. Sicily is a gun, stops his man and wins plenty of the ball himself. Supported by Hardwick, it’s a pretty good one-two punch. The half back line looks a little less reliable. Jiath felt like he was found out a bit last year and lacked the impact, then you have Frost who no one knows what he will do (Frost included). Day gives then some level of reliability.

The midfield is shallow this year. It is hard to know what it will actually look like. I think there are the sure things in Newcombe, Ward and Amon. Then Day will spend some time in there, Worpel has been disappointing but probably gets more game time. Wingard is needed up forward but he is likely to get a run in the middle as well. This is the worst midfield in the competition.

The forward line is a work in progress but you can see where they are heading. Koschitzke was disappointing last year but he has the talent, Mitch Lewis is disappointingly good and seems like someone they can build their forward line around. Small forwards look thin on the ground, Wingard is average, Breust is a very good player.

The rucks are good. Lloyd Meek was a handy pick up to play alongside Reeves. The rucks would be the best area and something they have covered for a long time. Can Sam Mitchell coach? The short answer is “I hope not” but the long answer is, “he probably can but lets see if they give him the time because so far it hasn’t been stellar”. I hope he goes down in flames.

Hawthorn aren’t going to have a fun year this year. They have gone all in on the rebuild, they are tanking and will be wanting a top two pick this year. The race towards the bottom between them and North will be boring to watch. I think North is worse but it’s really hard, both lists are atrocious and the Hawks are trying to fail whereas North are trying to win. I still think Hawks will win slightly more games and finish 17th.

I hope they tank, still finish 17th so they dont get Reid and then Mitchell gets the flick. Fark Hawthorn.

They’re fortunate that they are rebuilding off the back of 4 fairly recent flags.

Supporter bases are never going to be overly patient regardless but it does help buy a little more of a grace period and a little more trust when they’ve given you the ultimate in football satisfaction multiple times.

Whereas we are trying to do it on the back of no form of success for ~20 years.

Probably allows them to be a bit more thorough and aggressive in their rebuild and to hit the draft hard. And importantly getting top end access in strong drafts where you might find a genuine superstar ala this year there looks a few available, Harley Reid in particular.

They’re fortunate that they are rebuilding off the back of 4 fairly recent flags.

Supporter bases are never going to be overly patient regardless but it does help buy a little more of a grace period and a little more trust when they’ve given you the ultimate in football satisfaction multiple times.

Whereas we are trying to do it on the back of no form of success for ~20 years.

Probably allows them to be a bit more thorough and aggressive in their rebuild and to hit the draft hard. And importantly getting top end access in strong drafts where you might find a genuine superstar ala this year there looks a few available, Harley Reid in particular.

I often feel that’s half the battle. It has always felt to me that we’ve had high picks in years that weren’t amazing drafts i.e. pick 1 in 2016, having three picks in 2020 when the Victorian kids played no footy etc. The one exception was screwing things up in 2015 by missing a couple of star key forwards who were there and available.

Anyway, bottom 2 this year for Hawthorn sounds about right.

A couple of injuries and Hawks depth will be tested, they may scrape a few wins early with their best side on the park, but once injuries take their toll and the heavy cutting of the list experience last year, expect them to Fall in a heap.

I loved all the kids they drafted, will be sad to hate them now. Makes me sick seeing them draft well

Will be a good team in 5yrs if they manage to get Harley next year! Farking always biunce back better than our rabble

They just cut the list far too deep. And I think if they were to go down that road, they would have been better off doing it 1 year earlier rather than 1 year into Mitchell’s coaching contract. I suspect the original plan was to have Clarkson coach 2022 then cut and pass over to Mitchell, but Clarko didn’t want a nothing year.
I’m assuming Mitchell will have three years from this season to get this team trending in the right direction.

I think they end up below North Melbourne.
Their best 22 last season wasn’t very good. On top of that, they got rid of a lot of experience and replaced them with Karl Amon and an untried Cooper Stephens and Lloyd Meek. They’ll have injuries and absolutely no one to fill the void, so they’ll go the ‘development’ route choices.

The club is well run enough to manage expectations and disgruntled fans. Remember the hoo-har over trading Croad and McPharlin for Hodge? It was handled incredibly well. And I think they learned from the Schwabb and Judge coaching years to manage expectations delicately.
I think they have to target getting some experience back into the club over the next few years. This could blow up terribly in their face.

That might be the most dogshit midfield ive ever seen on paper. Other than CJ and Sicily there is absolutely zero reason to watch this side. Only North prevent them from the Spoon.

It will be interesting to compare the progress of Hawks and the Dons in a few years. This is because the two clubs have taken almost polar opposite approaches to their rebuild.

Hawks aggressively traded out their senior players this year, while we kept our list together (you could make the argument that a Shiel or Stringer could have been put on the trade table for example)

But more interestingly, Hawks have said that they’re targeting players who are more self reliant and don’t need much direction to allow their coaches more time to work on gameplan. We have obviously gone the other approach. 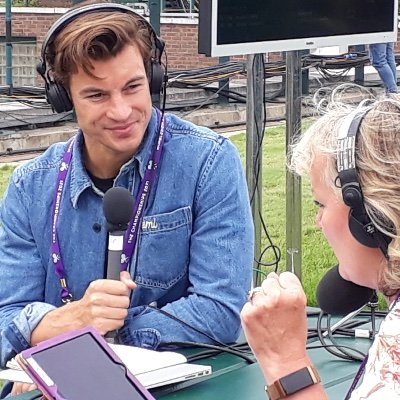 @JoshGabelich
Mitch Lewis has been ruled out of round one. Sprained his ACL at training on Monday. Return date to become clearer in coming weeks. More on @AFLcomau

Not ideal for their Round 1 game against… Essendon.

Fark our luck.
We must be cursed.
Can we returf Tullamarine already.
Wait.
What?

Theyve given us some trouble the last 2 seasons.
All 3 games could have gone either way.

Whilst its difficult to predict Rd.1 results, we should win this reasonably comfortably.
Mitch Lewis is a very good young forward.

i have very little faith we can beat them round 1.

i hope you are right! im not confident on our season starts most years

Their midfield has been shredded, a move of their own making. I agree that it shapes up as the worst in the league, and they will plenty of games because they simply won’t be competitive in this part of the ground. I rate Sicily highly, but he will get little support back there. Jiath is quality and his rebounding ability is in great need, but he will be swimming against the tide in the back half. In the forward line they will miss Lewis Mitchell early, they have Breust who continues to defy time and is an always dangerous small forward, but like Sicily and Jiath, he can only do so much and will need a lot more support than this list offers.

They fill me with hope for the future, not theirs, ours. They will give the wooden spoon a decent shake, not because they will tank, they are so genuinely bad, that they don’t need to tank.

We’ll have the new coach honeymoon period for a couple of weeks before the reality sets in.

CJ is so fun to watch and their new draftee Bailey Macdonald is the exact same type.
Scrimshaw has been servicable back there, will become better than average for mine. Josh Weddle is a very similar player but more explosive and physical.
DGB was sound and will be good if they can keep him from returning to WA
(I also think Will Day will be a jet soon)

Newcombe is a war horse and if they can get Worple going now Mitchell is gone they could be a good duo.
Ward and Mackenzie are both classy but need more time time

Mitch Lewis going down is a big blow, but Koschitzke has showed signs in the past.
Getting Meek in looks like a great move now! They can rest him fwd and rotate one of Reeves and Lynch with him.
Dylan Moore is just pure elite as a small fwd and his got a big future ahead, his more than ready to take over from Breust.

They’re stuffed for now dont get me wrong, but the kids are ok and they have pieces to build around.
With the added bonus of a very placated member base with a ton of recent success