Just to get you guys all excited…I know how much you all love Optus.

Optus will be going after these leagues to add to their EPL coverage.

Yep, heard that and not happy.

First Team Juventus doco on Netflix is interesting. Good insight behind the scenes.

who cares about soccer anyway…

Just to get you guys all excited…I know how much you all love Optus.

Optus will be going after these leagues to add to their EPL coverage.

Is anyone going to sign up to them after their recent ignominious performances?

Is anyone going to sign up to them after their recent ignominious performances?

You would be surprised at the number of people who have signed up to the EPL and then the WC. Most have had a pretty good time of it to.

Currently you don’t get a lot of football in Aus, Imagine you could go to one place and get them all?

that’s where the money is Yes however that does not mean that they got $64 million dollars. Their share of that (and ongoing sales) would be good, but not likely to recoup the money spent to get him for quite a while. Sanchez Deal To Pay For Itself?

I often read comments online and hear people at matches talking about signing players, specifically about how easy it would be or should be to sign a certain player and how that player will “… 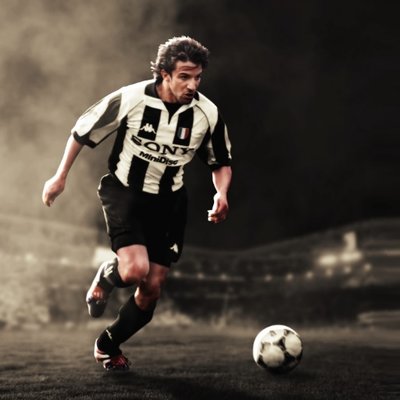 According to Corriere dello Sport, Juventus will receive a nominal percentage of Juve jerseys sold in Adidas stores around the world, but the club will receive the entire amount for anything they sell online & from their 4 Juve Stores in Italy (3 in Turin & 1 in Milan). https://t.co/lFIv7rUUFc Adidas must be loving this.

Was in Spain when the CR7 news broke. My wife’s fam is all mad Real Madrid fans and our consensus was that there was no way to say “no” to 100 Million Euros for a 33yo. But, will miss CR7. What a champ and a generational talent. How do we replace his 40-50 goals per year?

For the moment it looks likely to be Hazard…

And, we might end up getting Courtois even earlier to help prevent some goals. Sad for Navas.

Next day, Barcelona confirm that he’s signed for them instead.

The Italians went a little too hard, too early.

Juve re purchased Bonucci after one season

Not really happy with it TBH. Burnt some bridges when he left and was moved on because he was causing a players rift. We now lose Caldara aswell who will probably turn out as a 10 year plus defender for the national side. Sad to lose Higuain aswell, hope it doesn’t come back to haunt us

Agreed! Caldara will be one of the next national teams CB for a long long time, and that’s saying something in a country that doesn’t struggle to produce world class defenders

Depends how he develops at Milan.

He’ll partner up with Romagnoli who is a very fine young defender, both he and Caldara are ear marked to be the next duo at the back for national team. Throw in Donnaruma who also plays at AC and I think they’ll form a good partnership for both Ac and the Azzurri for a long time

Seen some very disturbing news that Optus Sport has picked up the right to the Champions League and Europa League for the next 3 years.