The concert and gig thread

Couldn’t find any thread devoted to mainstream stuff so…
AC⚡️DC in December. Psyched. Horns up.

Couldn't find any thread devoted to mainstream stuff so... AC⚡️DC in December. Psyched. Horns up.

It's really only AC now, isn't it?

️), Phil (D) & obviously Bon © gone.
Although they’ve got one of the next-gen Youngs in, haven’t they?

yeah ones crook and ones close to going to jail but angus, brian and one of the young brothers are still there. And I think youre right a nephew or somethings filling in (permanently) I think as the other ones retired. 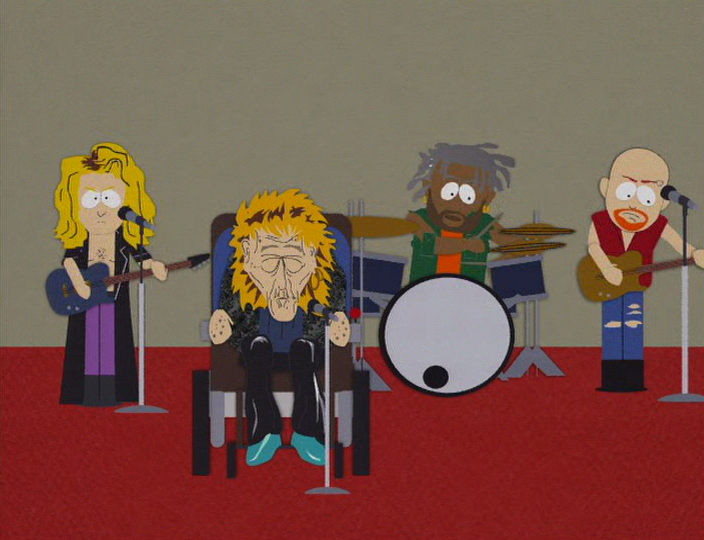 I can’t wait till Sunday night. Should be a great weekend trip to Melbourne.

ACDC are being supported by Kingswood and the Hives. Fair lineup.

Caught a little bit of that River Plate gig on telly. I had recorded it, and just dumped it. I was very unimpressed.

I think they’re past it, & big stage dramatics & light shows do not make up for that. All their new stuff is lame & seems to sounds the same.

Props to them for still gettin out & doing it, … but I think it’s a no from me, especially in massive arenas & with outrageous ticket prices to be one amongst 80 000.

So went and watched AC/DC over the weekend…it was at Subiaco…stage at the city end and I was seated at the Subiaco end…never been so far from the stage at a concert before and I won’t be doing it again…the sound was crap…too farking loud and it was really difficult to hear the vocals.

from the footage and i saw and from 2 others that went, it didn’t matter where you were, Brains vox sounds really strained.

Found the Caravan Club in Oakleigh the other night, all my old favorites play there.

Chain is playing there soon, you are old if you remember them ?

Yes is the short answer.

And I’ve been a member of the Caravanners for 5 years now. It does have some really good gigs there, as does it’s sister venue The Flying Saucer Club in Elsternwick.

Even are playing their Xmas gig at the Evelyn on Dec19. If it’s even (no pun intended) nearly as good as last year’s show at the Gaso it’ll be well worth a look.

Did anyone go to Punk Rock Karoake? Pretty sure. They toured last month.

Boring as batshit since back in black.

Scored myself a late ticket and will be seeing ACDC Tuesday night. The last concert I went to was the wiggles so I’m thinking no matter how good or bad they sound it will be an upgrade for me

So went and watched AC/DC over the weekend...it was at Subiaco...stage at the city end and I was seated at the Subiaco end...never been so far from the stage at a concert before and I won't be doing it again...the sound was crap...too farking loud and it was really difficult to hear the vocals.

I refuse to go to stadium concerts now. Last one I went to was Pearl Jam at the docklands. Got grade A seats, a couple rows back from the fence on the wing. The stage was the sth cross end goals…The dregs of the standing room were meters away from me. The band were barely visible and the sound…what a joke. It sounded like you were standing in line outside at a sh!tty pub with drunken yobs singing badly at the top of their voice 3 inches away from you.

I saw Jane’s Addiction at the Palace, now that was incredible. How a concert should be.

^^ Agree completely. Last one I went to was Paul McCartney at the G, great seats 5 rows back almost directly in front, couldn’t pick most songs which I’ve known most of my life until the choruses came up the sound was so shitt.

I’m not a massive gig goer, but my most recent concert was The Preatures at 170 Russell (Billboards). They were fantastic, I think Isabella Manfredi was a bit coked up but she’s a great performer.
I saw Jack Ladder at White Night earlier in the year, he was fairly good, the sound setup was atrocious though unfortunately.

Saw Adalita a couple of years ago, one of Australia’s best musicians by far. “Too Far Gone” live is like Alternative Rock fan’s heaven.

I have a spare ticket if anyone wants to buy it.