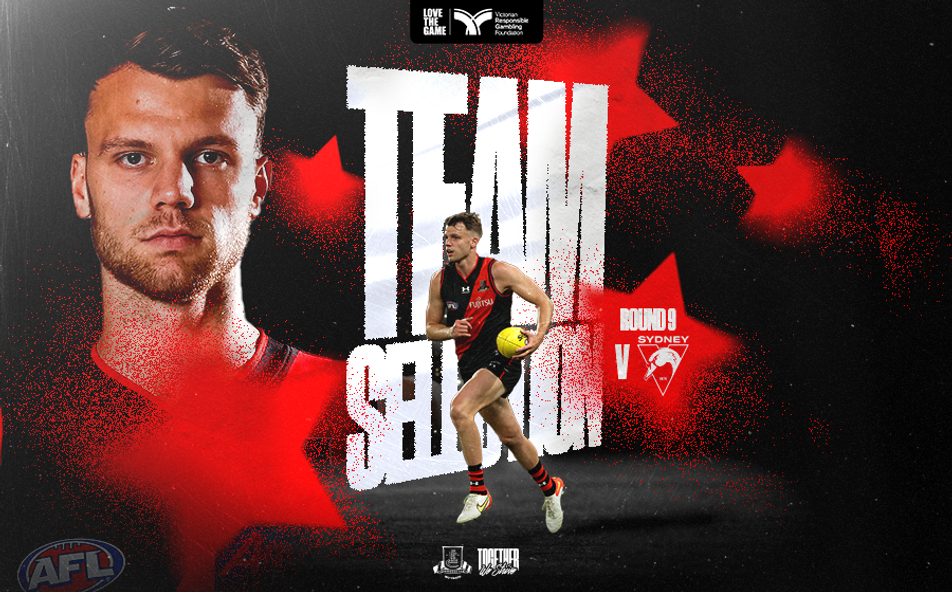 Essendon has named four inclusions to its round nine team to face Sydney at the SCG.

Four of last week’s five late withdrawals to illness have regained their spot in the Bombers’ side.

Key defenders Jordan Ridley and Jake Kelly will bolster the Dons’ back six, with fellow backman Brandon Zerk-Thatcher is unavailable for selection due to injury.

Sam Durham and Matt Guelfi regain their positions on the bench and in the forward line respectively after recovering from illness.

Devon Smith will miss through illness after courageously putting his hand up to play last week.

Midfielder Brayden Ham and key forward Kaine Baldwin have both been omitted after being late inclusions last week.

Senior coach Ben Rutten explains a difficult week at the selection table as the Bombers prepare to face the Swans at the SCG. 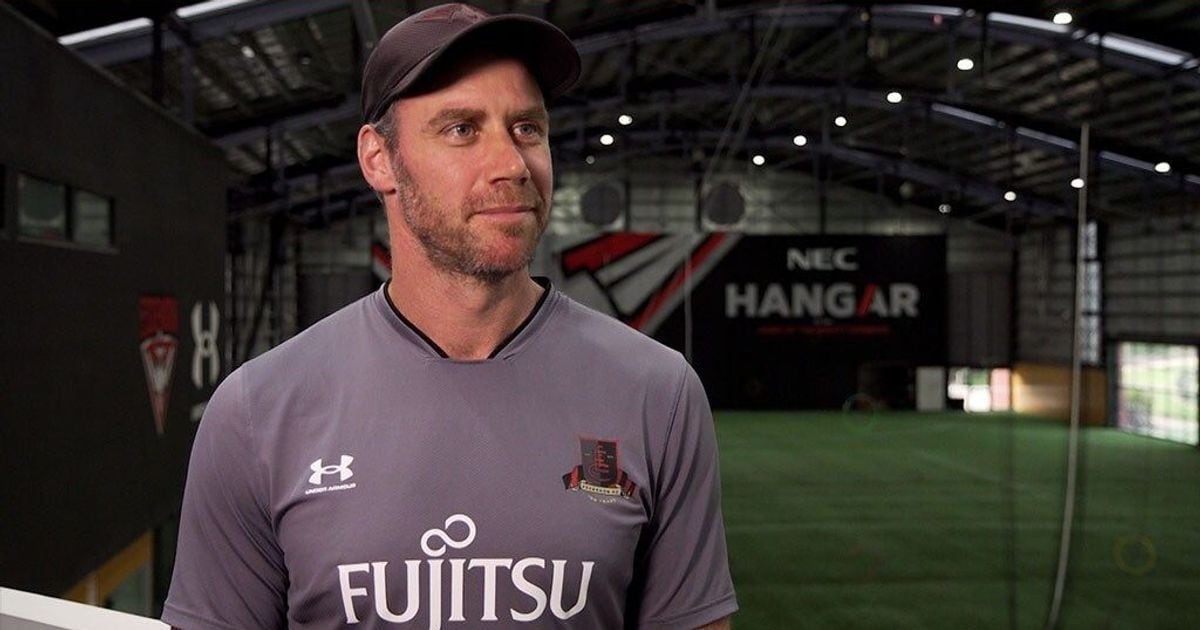 Senior coach Ben Rutten explains a difficult week at the selection table as the Bombers prepare to face the Swans at the SCG.

Two defenders and only one coming out. So someone’s getting shifted. Likely Cutler into wing/outside mid rotations.

McGrath played wing and then folded back as required.

More run in side is a good thing. Unlucky for Baldwin but we were overly tall last week. Martin probably plays HFF now and he’s still 192cm though albeit a running machine.

Gotta be happy with those changes. Bombers by 23. Sydney to win the free kick count 28-12 but still lose.

Pleased with the composition of the team. Happy with the changes. Hickey back in for Swans.

Going live at 7:15 with Don The Stat to disuss the match against the Swans, can listen live here via Twitter spaces

@JonathanJWalsh
Last 4 Home & Away games between the Dons & the Swans had an average margin of 3.75 points. We’ll preview live at 7:15pm Thursday before@Kyptastic1 & I become foes with our EPL teams playing for 4th Friday morning. #DonTheStat |#GoDons |#AFLSwansDons twitter.com/i/spaces/1Yqxo…

You can also listen after the fact via our podcast feeds found here:

Don The Stat | a podcast by donthestat The interesting thing for me is who are our wingmen and who are our a part of our backline? And if there is some sort of interplay between them how it will play out.

Reid on the bench is your clear 7th defender but is Cutler also part of that group and there’ll be 8 defenders in a rotation?

Then are we going to have McGrath, Cutler, Durham and Martin in a 4 man wing rotation?

I reckon it’s McGrath and Durham wings. Cutler off the bench wing rotation. Martin HFF, which pushes up the ground anyway.

Martins shown how dangerous can be in fwd half both hitting scoreboard and his kicking to other fwds.

Good team. Picked by many on here. No wonder the thread is quiet.

Yeah all those are legitimate options and possibilities. It’ll be interesting to see how they coordinate it.

we have a couple just not playing presently

Flash in the pan. Unfortunately, he’s been tried many, many times, and he’s never established himself in the team. Maybe, just maybe, he’ll do it this time. But I’d be betting against it.

Francis. I was replying to a post in a thread that’s now been closed.

Glad Cox wasn’t straight back in. Still not sure where Andy fits into the team with a firing Hind and Redman.

Ironically im sad Smith is ill as I think he’s needed for team balance, and would have Shiel out for him

Glad Nick Bryan has stayed in too.
Reckon he did some good things last week and deserves a good patch of games.

I reckon it will be great for Draper’s confidence as well.

There’s a real watch for how our medium and small defenders perform and connect with one another in this game. Basically I refer to Kelly, Hepp, Redman, Hind primarily. Maybe for short periods Cuts and or Pidge too.

Obviously to a fair degree a backline is only as good as the pressure that’s applied up field, I get that, but very interested to see how those guys go as a collective and what their synergy is like with Kelly back into the mix. A few guys looked as good as they had all season last week.

Harsh on Baldwin, very harsh. We looked a lot more threatening with 3 talls in the forward line last week