I just saw this in the Courier Mail.

I would think EFC would not want the Tiwi Bombers to go under for the sake of $12,000.

Tiwi Bombers stripped of NTFL points for $12,000 debt, future of club from Tiwi Islands in doubt

THE coach of an under siege Northern Territory AFL club says playing footy has meant the difference between life and death for many kids in a remote Aboriginal island community north of Darwin.

The debt-ridden Tiwi Bombers had threatened not to play the last two rounds of the season after sponsors pulled out, but coach Wayne Worden now says they’re determined to finish it off.

“The Tiwi Islands had the worst youth suicide rate in the world per head to population. Since the Tiwi Bombers were formed 10 years ago it’s halved,” he told AAP.

The bottom side in the league finally broke their drought with a win last week, only to have its points stripped on Thursday because of an unpaid debt of more than $10,000 owed to the AFLNT.

http://cdn.newsapi.com.au/image/v1/1f965f2f4190f6d59bb8a546f8a977dd?width=650
The future of the Tiwi Bombers is in serious doubt.
The club’s leaders are furious the AFLNT publicised its financial woes, causing sponsors to withdraw support including transport from the Tiwis and accommodation in Darwin for Saturday’s clash against the equal third-placed Wanderers.

The Bombers joined the league in 2006 to allow players from Bathurst and Melville Islands to compete without being forced to relocate to the mainland. It was inspirational for a community struggling with serious social problems including the highest suicide rate in the country and drug abuse. The islands have produced AFL greats including Michael Long and Dean Rioli of Essendon, and Maurice Rioli of Richmond.

The young team faces unique challenges in having to fly or ferry to Darwin most weekends for games, and even training is tough.

“They have to drive for hours just to get to the ferry, on the roughest roads you’ve seen.” Following a meeting on Friday with the Bombers, the AFLNT has now offered to help the team with transport and accommodation for the final two games of the season.

Mr Worden is determined to turn the club’s finances around to allow the players to compete next season.

He says an urgent cash injection from AFL club Essendon and backing from Victorian country clubs would ensure the club’s future.

Surely the club can help them out

Crowd funding? I’d donate a bit if someone new the right channels

Is that an EFC region in that new zone system?

Is that an EFC region in that new zone system?

you can buy a membership - altho the season is almost over

If Blitz wanted to do a sponsorship drive thingy, I’d donate…

you can buy a membership - altho the season is almost over

That link also invites player sponsorships at $1,000 dollars a player.

That might be a simple way of donating a useful amount to the club as a group, a la Koala’s great work on EFC player sponsorships.

Maybe Benfti might be able to suggest some players to sponsor.

Since that website appears to be a bit neglected, the player list is probably better accessed at:

Only two TIPPAs, but what club is complete without a Puruntatameri or eight?

Seems the NTFL is just as farked as the AFL. How could they strip the kids first points, and blab this out to the media causing more stress & harm to one of their teams.

Following the lead…?? … anything red & black must be punished?? 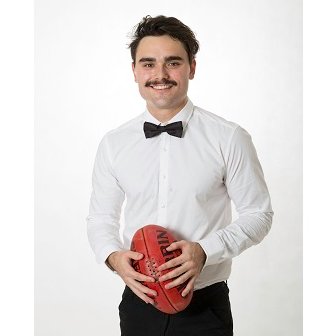 Tiwi Bombers have cleared its outstanding debts to the AFLNT and are able to play for premiership points.
SheedsIsOurFather July 14, 2017, 6:53am #14

Wayne Worden has quit as coach of the Tiwi Bombers. He says he is "devastated".

"The club/board has back flipped on the 3 years deal ... after everything I done for the club last year this is how I get treated" - Worden.

Outgoing Tiwi Bombers coach Wayne Worden also says that he is yet to be paid and no one has spoken to him. #NTFL

Things not going well for the Tiwi Bombers.

We should take them over. Hayden Skipworth could coach them

Sounds like we could help them sort out their governance…

Benefit, do you have any details on this?

Are you serious? The club has less money than them ATM due to the saga.

No it doesn’t. That’s not how debt works ecpecially for big companies.