Watching the boys train this morning. Got to see the first hour before being read the riot act to get home and back to bed. heh. Report soon…

You better not have any symptoms.

Do we need to amputate?

Someone needed you in bed. Lucky for some!

@CJohns is hard at work.

@ScooterMcNeice
Team defense drill currently happening. This was at the start and it got more intense after Langford (in white) stressed to the group to be even better https://t.co/ek24BaAO1U

Beautiful day at the hangar today. I am sure a few will give much more detailed reports, as this is my first time I have been, and aren’t too familiar with quite a few of the players. I will try and answer any questions people have though.

First off, Stringer and Dev didn’t train with the group, although they were around and talking with the players. Don’t seem perturbed by any problems. Probably just lighter loads for them. Jones and Lav was running laps, but both seem ready to resume full training. No sign of Zak Reid. May have been indoors. Lav in particular wandered over to Voss in the marking drill and was giving some good feedback on positioning. Showing good leadership.

No match Sim today, from what I saw there, just running a lot of different drills, refining the system that Truck wants to implement. One drill I did take note of, was the mid fielders. if blocked, taking the next best option, usually a pass, and doing it at speed. There was no delay. They picked it, and went for it. designed I think for more ball speed. This drill there was no dodging. Just interesting to see.

Other other thing I liked seeing is the bigger players practicing body positioning, and marking over Truck, who was wearing the marking bag. They all did quite well, but Francis twice launched himself quite high to grab it at its highest point, bringing applause from the other players, and the few spectators watching. He looked good at training. He takes the ball at height in front of his face all the time. Technically excellent.

More to come. Looking at some notes I made…

Got to see the first hour before being read the riot act to get home and back to bed.

My mind went somewhere else.

A few notes on players who I have never seen.

Baldwin. yes he is a physical specimen. Moves quite well, and seems quite skilled. It will be matches that determine whether he will make it or not. IMHO, at that size he will need to build up his agility, or become and out and out power forward. If he has a football brain, I think he can make it. My concern initially is he may be run off his feet. Time will tell.

Voss is a raw prospect. But I can see why the club took the punt on him. For a very young man, he has size and speed, surprisingly so. Skills need work, but far from terrible. If he makes it, he will be a very difficult matchup, giving his strength.

The senior players look ready to rock and roll. Watching Zac Merritt drill perfect passes is always a delight to watch. Hobbs looks neat, and seems a natural inside midfielder. Not many in the league who grab the ball in a pack, and seem aware of all the players around them. He looks like one who knows what he is doing early, and doesn’t panic with the ball.

I didn’t see Ridley, Hurley, or Perkins. May have also been indoors. Mind you they were on other side on field, so may have missed. The regular watchers might be better able to provide details.

Watching some goal kicking before I left, and i counted 21 shots in a row going through the big sticks. Was until Sammy kicked an awful helicopter and wrecked the sequence. He really does need to work on his kicking. Everything else he did was very good.

So many have forgotten Francis at his peak is a clunk machine. There was even that “intercept franga” meme for a long time.

The team defence seems to still be an issue from that last video, a basic switch and the other team is in the front half. This was the elite part of Richmond, their zone would move from side to side in an instant and made it almost useless for the opposition to try the dangerous kick to the other side to open the field up, as it got cut off anyway.

It was most interesting to watch. Some players on the marking bag, took the ball at shoulder height, or tried to chest mark it, and butchered it occasionally. Francis ran hard, and jumped with intention of taking it with arms in front, and at maximum height. With this technique, it would be difficult to spoil. Again, technically excellent.

So many have forgotten Francis at his peak is a clunk machine. There was even that “intercept franga” meme for a long time. 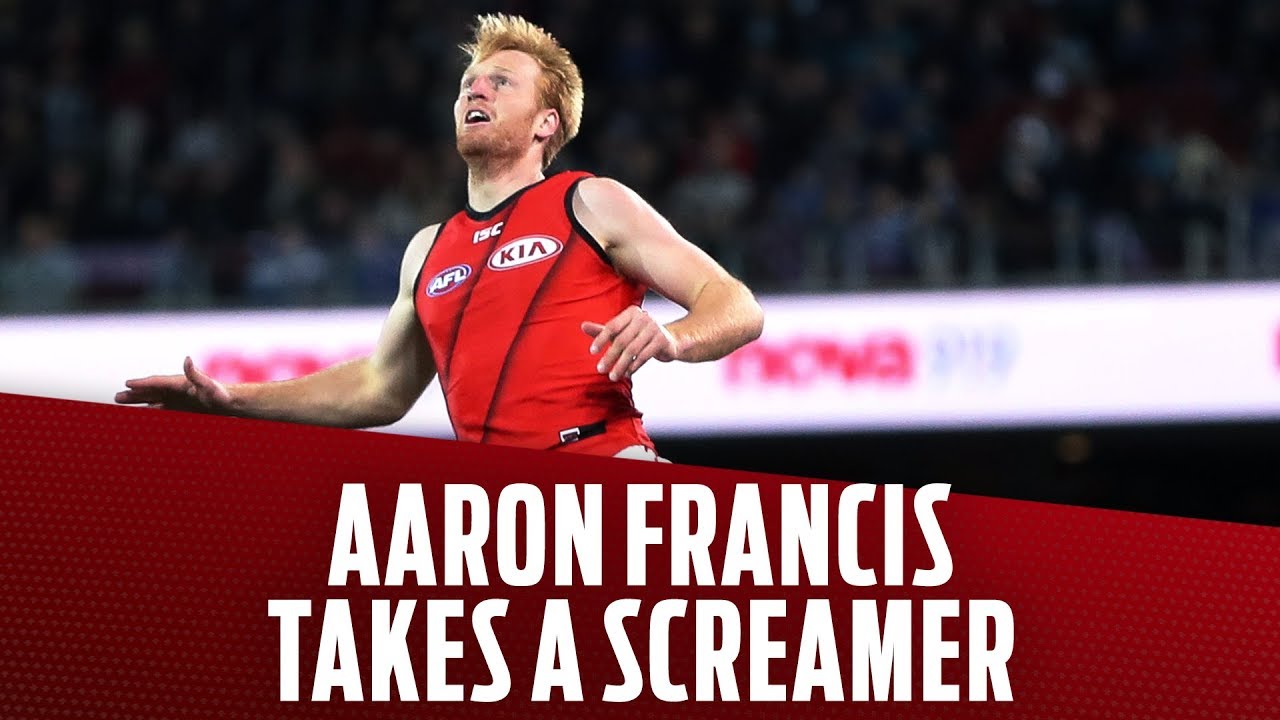 Great stuff @Krack, thanks for being out there and writing these excellent reports. Hope the kidneys sort themselves out soon.

Thanks @Krack - your thoughts & opinions are very much appreciated. So pleased for Francis. I’m really hoping he has a consistent year that showcases his talent.
Take care.

I didn’t see Ridley, Hurley, or Perkins. May have also been indoors. Mind you they were on other side on field, so may have missed. The regular watchers might be better able to provide details.

Ridley and Perkins were both in full training

Actually just realised I was looking for Perkins with long hair. He cut it, didn’t he.