I was having a little moment and jotted down some thoughts.
I’ve probably missed some, but it was getting long.
(For those I’ve missed, the club staff, the cheer squad for example, and any others, please read this as specific mention.)

One of the things missing from footy these days, is the chant from the faithful after victory.
"We are Essendon, We are Essendon.
It makes me think. Who is Essendon?
Some jumped off support for the club after the Supplements Saga dragged on and on.
Others, after years with little to no success have waned in their interest, if they were asked they’d say ‘the Bombers’, but they don’t even check the scores any more.
Sure, Dyson Heppell, Andy McGrath and Zach Merrett are Essendon.
But are they Essendon because they have better than average motor skills and were still available at the right time on draft night?
What of Lloydy, Scotty Lucas or Simon Madden, or the link that ties families to us, like Tim & Jobe Watson and Ken & Dustin Fletcher.
Sure they’re champions, but are they any more Essendon than blokes that gave everything they could, like Paddy Ambrose and David Grenvold.
They’ll never be recognised as champions, but you never saw them take a backward step.
And that’s the blokes that played in the senior team. They actually played a game for Essendon, for so many of us, something that was never more than a boyhood dream.
Essendon is the players, but it’s also the officials. Killer Kilby was volunteering for the club when Coleman was coach, and still there when Worsfold was coach.
Charlie Italia was a bank manager in the 1980s who started as a trainer. He’s still volunteering at Essendon. David Friend had a corporate job and came in as property manager.
Now he’s full time. All three are Life Members of the club.
There’s members who were joined in the 1980s and are still going today.
You can’t even leave your house, let alone go to the footy, and it’s never a question.
This is their part, they’ll play it, regardless of the cost.
But further than that, Essendon is more than those involved every day.
Essendon is the lady on the tram with a knitted scarf. And you just nod “hello” and smile at her.
It’s the little kid at the shopping centre with the jumper on that you say “Go Bombers” to, and he turns open-mouthed to his mum.
It’s the bloke at work that you never had much in common with until you found out he is one of us.
It’s the Grog Squad, the Cheer Squad, the corporate types and the families.
It’s the people who go every week without missing, and the people who live overseas and tune in at midnight on an internet stream.
It’s us and no-one else. Essendon versus Everyone Else.
WE are Essendon.
WE ARE ESSENDON

I am a Bomber Boy, always have been, always will be. Being a Bomber, is for life.

It’s those of us who put the scarf on, tie the Pet Member bandana on the dog, and get the flag out - to watch the games on television!

The Craig Yorston post on FB last year was very hard to read. He’d been a trainer and masseur there for 30 years.

He absolutely tore our ‘culture’ to shreds.

In situations like that you are never sure how fair it was but in hindsight, perhaps he was right. The previous coach did not inspire anything much and we seem to have turned a corner in just about everything you’d look for.

There’s no doubt the last 15 years have been incredibly turbulent and what we went through as a supporter base nobody should have to endure, let alone the players and staff. It was ultimately too much for some and it extinguished their ferver and Essendon spirit.

But the club will prevail above all else. People pass through but the club remains.
When we do next achieve the ultimate success there is going to be a celebration the likes of which the competition has never seen before given what we have gone through. I’ll be here ready and waiting for that time.

Yes, Yes and Yes.
And everyone else is going to F***ing hate it.

Terry Wallace famously described the noise of the Essendon faithful as “like a monster waking up in a horror movie” when we hit the front in the 1984 Grand Final.
That’s going to be nothing compared to what is coming. 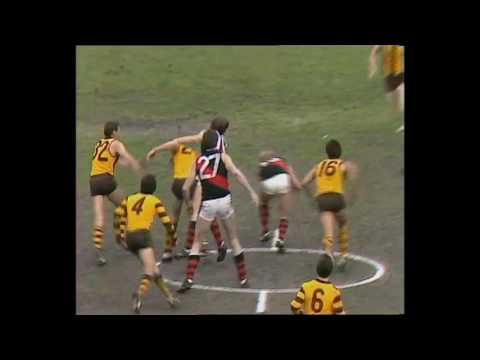 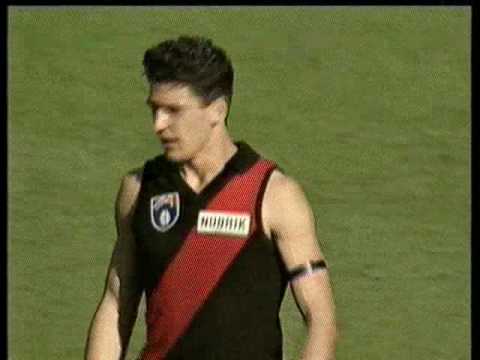 that roar is one of the best sounds in the world

Geez the Mercs one is amazing. I remember being frightened by it as a 10 year old at the top of the southern stand. I’m terrified of heights and I thought the stand would collapse!

One of the things missing from footy these days, is the chant from the faithful after victory.
"We are Essendon, We are Essendon.

The “we are Essendon” chant was thought up here on Blitz, and carried out by the Grog Squad.

It came about after Hird was employed as coach, and we felt like we had our club back…. After the Knights era.

Since then the Cheer squad picked it up (and chant it way too quick). Now the club has been using it in promotional material & in Pre-match entertainment…… with the MC trying to fire up the crowd before the game starts.

And a waste of time that is too. Chants start spontaneously, or they don’t start at all.

I remember when Footscray wanted their fans to go “Woof, woof, woof” after every goal and played it on the PA. It lasted about 3 weeks before they gave up.

Yep. It really is horrible when the MC tries to get the chant going. Very cringe worthy.

I hate that ‘we are Essendon’ chant. I think its cringeworthy.

It wasn’t cringeworthy when it was organic. Don’t like that its used as a rev up over the PA.

The best part was doing it after a win, and shove it in the face of Carlton supporters who were leaving.

The cheer squad do it so f*cking quick, by the time supporters in other bays start joining in…… it’s just fast clapping.

Has anybody mentioned Flash Mobs yet??

And a waste of time that is too. Chants start spontaneously, or they don’t start at all.

I remember when Footscray wanted their fans to go “Woof, woof, woof” after every goal and played it on the PA. It lasted about 3 weeks before they gave up.

Richmond had the Roar-Meter on the scoreboard. One day, we were giving them a right royal smacking and kicked about 10 of the first 12. They kicked a goal and the meter showed a massive roar, which definitely wasn’t replicated by the noise in the MCG.

I hate that ‘we are Essendon’ chant. I think its cringeworthy.

There was one seconds final at Port Melbourne where we were getting smacked, and the We Are Essendon chant started in the last couple of minutes. So far beyond cringeworthy, that you needed a telescope to see cringeworthy.

MC: Come on everybody. Let’s get those scarves waving!

In the good old days, we just had What’s His Number, What’s His Name? Number 7, Charlie Payne.

No one waves a scarf for Michael Christian