At the movies - From the couch

Just watched a fantastic movie called The Grizzlies. About a teacher who goes to a small artic town - which has the highest suicide rate in North America. He tries to change their lives by introducing them to the sport lacrosse.

Some pretty heavy stuff in it, but it’s a great sports movie and a great human movie

All based on a true story 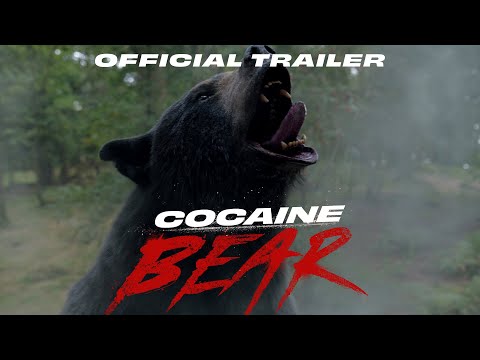 Saw the poster at the cinemas recently and thought

but then saw the trailer and realised it in part was based on true events. Only in America!! Looks great!

Not something l would usually go and see, but that trailer looks hilarious.

Same. At first glance it looks like a terrible B grade movie. But the trailer at least shows something more, a kind of tounge in cheek ridiculousness, that looks really fun.

The good thing about living here is that we don’t get to see this garbage.

I watched Megan today, and it was exactly what I thought it was going to be, which is a good thing, very suspenseful, well acted and not over heavy on the gore.

a few people have suggested it’s just a Childs Play reboot, would disagree, the AI used for the toy is really possible today, so its not a far fetched horror scenario but a, this could really happen now.

Watched Transfusion, a new Australian film on Stan. Sam Worthington and Matt Nable in the main roles. Nable also wrote and directed the movie.
Never worked out if Worthington has an undestated style or a limited range, but he was damn good in this, as was Nable.
I thought it was a very good movie, but incredibly intense. Expect it do well at the next AACTAs.

What a stinker. McKenanzie is miscast, ATJ is wasted. Direction is a mess, production is ugly, based off a script so bad I could of written it. Edgar Wright has lost the plot.

Didn’t think too much of it on release but it stands out now as probably Burton’s last good movie? Maybe you could argue Sweeney Todd but even that’s a movie i’d never revisit.

I saw Last Night in Soho. Didn’t recognise Diana Rigg in her last film. But yeah…not too flash!