Faux Pas - All the best embarassing moments! Just for fun

One classic we recently heard again, was Bert and Muhammad Ali at the logies.
Another, perhaps more serious was President Bush on a warship saying they won the war, or Trump suggesting shining a bright light inside the body.

But there was a funny one last night, when Mariah Carey said Hi to Maleed Aly. A co worker that I was great friends with once walked into work. She looked really nice, I told her she looked glowing( she really did).

We joked that she might be pregnant. We joked about it for the rest of the morning, I even drew a caricature of her pregnant. She thought it was hilarious. Came back after lunch to find out she had gotten a pregnancy test during her lunch break( she thought it would be funny)……turned out she was pregnant.

Someone will be able to find the video. 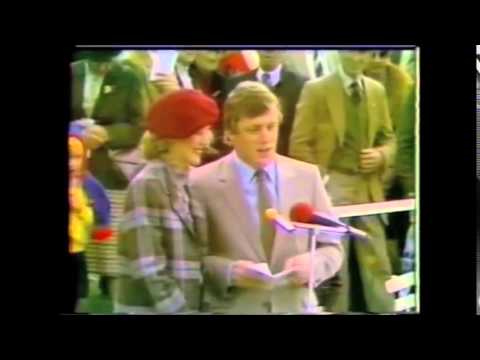 This is a similar thread from a couple of years ago.

This is a thread to discuss those times you really got it wrong, stuffed up completely and made an absolute goose of yourself. I’ll kick off with a couple: I was recently in a ‘cool’ pub in Brunswick and had need of the toilet facilities and thought the hipsters had taken things a bit too far because there was no urinal, just a couple of stalls. Having done what I had to do, I went to wash my hands and it was then that I noticed the sanitary disposal unit on the wall … I’d gone into the Lad…

I was once about to walk out of a shopping centre carpark when I noticed a line of trolleys getting away from the trolley guy. I stepped over and helped him grab them before they started rolling down the hill towards the road, and as I did I asked him if he needed a hand. He gave me a filthy look and a few choice words, and I wondered what I’d done wrong. I hadn’t noticed he was an amputee, and he thought I was trying to be funny.

I once told my friend’s sister I thought it was a bold fashion statement that she’d shaved her head.

Found out a few weeks later she’d lost it because of chemo. When I was on holiday and walking in New York I needed directions. Ahead in front of me walking in the same direction was a bloke in uniform, military haircut, built like a brick shithouse.

Knowing that yanks usually address people in uniform with a level of respect, I walked a bit faster to catch up and called out to them.

At this point I can almost reach out and touch him on the shoulder, and people in the vicinity are looking around at me.

They turned around, and it turned out to be a woman…

I was a bit taken aback, and mumbled ‘…oh…ah…sorry, ma’am…could you point me in the direction of the…’ and then just walked off in the other direction

A guy at work went on his first date with his now-wife to see a movie called Shadowlands about a lingering, terminal battle with cancer.

Her mother had just died after a long battle with cancer, but, despite that…

My niece and her mates didn’t know whether to laugh or cry when a friend explained that she’d sent a text to another friend who’s mother had just died.

The discussion was along the lines of how hard it is to know what to say in that situation so she’d kept it simple.

So sorry to hear about your mum. LOL

Poor girl was distraught when they explained their shocked looks, and that LOL does not mean Lots of Love.

When I was young I worked for a few weeks at a Theatre in the city. The boss was an older lady, a little vague, but she’d been there years and being young you don’t really question much. Anyway, one evening in my first week the foyer is filling up, half an hour before performance, possibly 200 people or so in their finery milling about. Out comes the boss from the toilet, streaming a 4-foot long tail of crinkled dunny paper. She got right across the foyer too, every head turning her way - I was frozen to the spot, I didn’t know what to do. She retired the following week.

I said at a family dinner that I hated anyone who had a pony when they were growing up.

My nan responded that she had a pony, it was a beautiful pony, and she loved him.

Nan died the next day. In a similar category.

Met the new neighbours and was over for a family Xmas beers.

I was telling a story and used an analogy about how ■■■■ and embarrassing competitive walking is, and that it’s not a sport.

New neighbour turns out to be a state champion walker and still involved in the ‘sport’.

Did they admit they cheat every single step?

I think he mentioned that he now judges competition events… 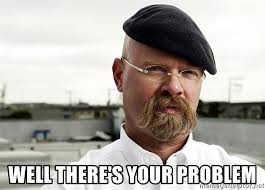 The first Christmas I spent with my in-laws was a special day as my partner’s grandmother was allowed home from hospital to spend the day with her extended family.

I was given the honour of carving the turkey and thought it was appropriate to offer old Nana the coveted parson’s nose given her seniority and in recognition of her attendance on what was clearly a big occasion for all present.

As I was discreetly informed later on, she had been in hospital receiving treatment for rectal cancer and a particularly sensitive part of her anatomy had been sewn shut.