Devils fan here.
Sabres have a sniff of Norf about them.

@KevinWeekes
Keep an eye 👁️ on ; As has been reported that the @NHL has had a delegation do a site visit in Australia 🇦🇺, I’m told there’s a possibility for a preseason game to be held there. @espn @NHLNetwork @TSNHockey @DKSportsbook #HockeyTwitter
3 Likes
StealthBomber January 3, 2023, 12:18am #63

Who would have a suitable rink?

They do things different in Vancouver. I’ve never seen a sacked coach get a response from the crowd like that.

Bruce, there it is.

Agree
There is a real disconnect with the owners/front office. The Aquilinis have a bit of form in being front and centre for the good news- and nowhere to be seen, ( and fobbing off to underlings) when it’s bad. And the new GM has come across as a tad disingenuous, by suggesting the changes were necessary due to the lacking of team/game plan “structure”, ( ie the coaches fault) as opposed to the actual personel on the ice, ( the administration/managements fault). So he threw Bruce under the bus. Bruce inherited the list and had been there a little over a year- the issues go deeper than that.
Not sure if Toccet is the way to go- tough hard as player, but a so so coaching record since he left playing. Comes across as a very good assistant, but maybe not the head coach. Hope I’m wrong, as I don’t want to go thru another sucky Canucks period again.

And I wonder if the front office feels thare needs to be some hardening up in the locker room.
Toccet is a hard man, and Adam Foote, ( Ex Kelowna Rockets coach) is described as follows:
" He was best known for his physical presence and gritty play as a [stay-at-home defenceman]"
Foote seemed to go just ok the Rockets coach.
Rumors around for a while the locker room is a bit cliquey, so maybe its a play to get things back to basics.

I still get amazed by how expendable star players and legendary coaches are at NHL level.

The Canucks trade fire sale is still yet to come.

Yeah, I don’t mind the system though. This time of the season the teams around the mark are moving chess pieces to either push for playoffs or strengthen the list for a serious tilt at the Cup whilst the ones out of contention start moving out players to improve their draft hand and/or free up cap space. Tanking is fully endorsed by all and not be something to be ashamed of like it is here

Yeah I don’t mind it. The players have little to no power in trades, where over here in AFL, they have too much power

A happy medium between those extremes would be nice.

But yeah, in season trading allows a team looking to challenge to fill holes, and allows lower teams to start a rebuild early.

And if you’ve seen any highlights of Connor Bedard… The tank is worth it.

And if you’ve seen any highlights of Connor Bedard… The tank is worth it. 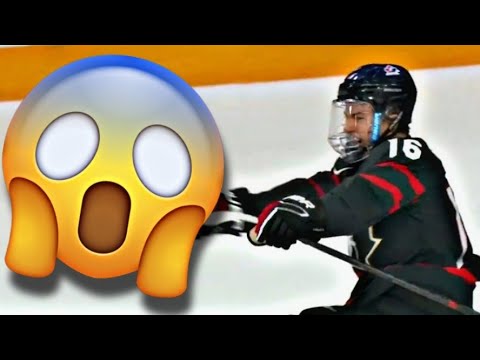 **Keep an eye 👁️ on **
Tho not confirmed nor finalized, there are further strides being made towards a couple potential @NHL preseason games being played in Australia 🇦🇺 🦘 next season. Situation remains fluid.@espn @NHL @NHLNetwork @TSNHockey #HockeyTwitter

Have heard one will definitely be in Melbourne at this stage

The odds of it being a team I want to watch are slim, but I’ll still probably go.

We might get the odd 4th liner, if we’re lucky.

4 teams make sense, play a round robin tourney.
Its a long way, though hopefully all the players give a thumbs up for the travel involved.
Hope they consider a decent venue.
Keep it to 15,000 - 20,000.
anything bigger and game becomes an afterthought for the cheap seats…

Will be at RLA in Melbourne

Perfect, if they get it right.