Couldn’t see this mentioned - something for those in the Bendigo area (and beyond) to keep in mind.

The Bombers will host an open training session in Bendigo for their 2020 AFL community camp. 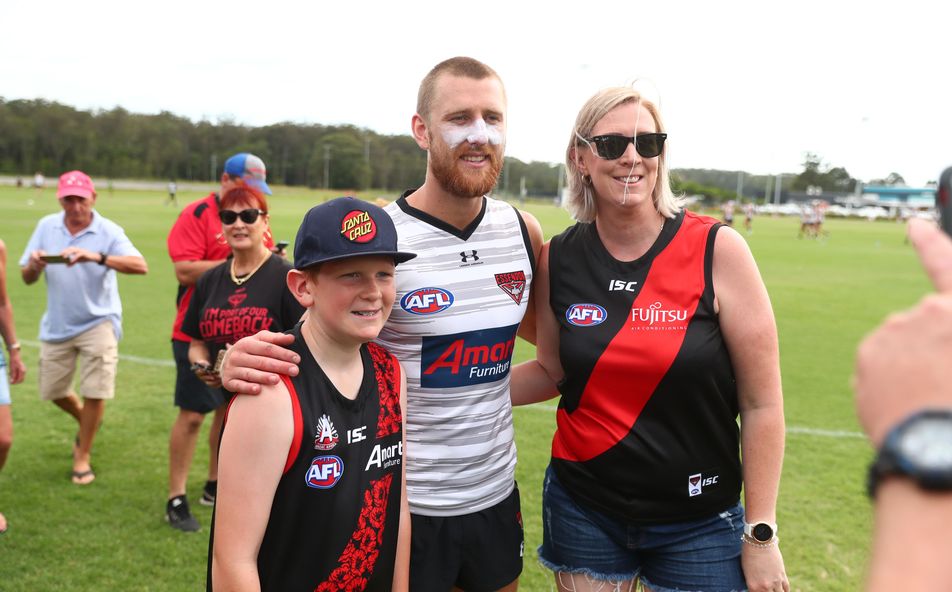 The Bombers have confirmed that an open training session will be held in Bendigo at 10:30am on Thursday, February 13.

Essendon’s session will be held at Queen Elizabeth Oval, with fans being able to watch the Bombers continue fine-tuning their preparations ahead of the side’s first pre-season match against West Coast on February 27.

The open training session will also include a player signing session post-training, presenting fans with the opportunity to get up close and personal with their favourite Essendon players.

The Bombers will spend two days in the regional Victorian town as part of the club’s 2020 AFL community camp.

Stay tuned to the Bombers’ social media accounts and website for further updates and coverage across the community camp.

Unable to attend the training at the QEO

(am working), am attending the dinner that night though

at The Bendigo Club, which is just a 5 minute walk from my place. Thread must have dropped like a rock not long after starting.

Hadn’t even seen it.

In warm conditions the players began with light drills, before a series of half ground match sims. [insert-assistant-coach-name] would interupt every few mins to point out something about positioning. At one point he called the whole group together. I’m not sure what he said, but everyone laughed and it seemed to be in reference to [player].

The standout for me was [player]. Very clean with hands, and burst out of the pack a few times. Liked the intensity that [player] brought. Also good was [defender] who took a few good intercept marks, made easier by some loopy deliveries inside 50. [Prospective draftee] did some nice thngs, but didn’t get a lot of the ball.

Other things to note:

After about 50mins on the park, most of the team went inside. [player] and [player] came out soon after and signed a few autographs. By [time shortly after midday], the ground was empty.

Best report so far. Blitz on a high!

[Player] really does have luxurious hair.

[Player] was on the stationary bike for the whole session.
[Player] ran in straight lines and is progressing from his [insert injury]. [insert coach] is hopeful he is ready for round 1.
[Player] mysteriously took off to Ireland, never to be seen again.

[Player] really does have luxurious hair.

How did [player] go @The_New_Coleman?

[Player] Has the most luxurious Hair ?