What annoys you? Extra time

But within range of a high-powered rifle with laser sights.

Jet skis are actually a bit of fun.

Jet Skis (or “Leb Sleds” as they are known in non-PC quarters) are fine.
It’s the absolute f’wits and cockwombles that use them that are not.

Just last week I was down at Elwood windsurfing and a couple of wankers were hooning around inside the channel markers, close to shore and making absolute prikks of themselves zipping in and out of the windsurfers and wing-dingers. If it wasn’t sufficient that they were annoying everyone with the irritating whine of their skis, they had blaring doof-doof music going as well… Bellends…

Essendon footballers and their propensity to sustain soft-tissue injuries. Probably more a “what upsets you?” than annoyance…

I don’t hate many things in particular as I hate a lot of things equally. However special mention goes to drones.
When you make an effort to get to some quiet, beautiful, place in the world and some Insta ■■■■ pops a drone into the sky or snap some shots for their 42 followers to enjoy, ruining everything.
Next one is getting dropped (the drone that is, I think). I have previously advised people before to take them down, politely.

OTOH if some Instagrammer or Tik-Tok’er were to try some particularly dangerous stunt, and unfortunately expire in the attempt, that’s a good result. Or those Tik-Tok’ers who want to dance through those lovely waving yellow canola (or overseas, chamomile) fields and an angry farmer shoots them thinking that some vermin has got into their fields.

■■■■ off with your american culture trying to muscle in on Sauce.

You arent a disgruntled Jetstar pilot by any chance?

■■■■ off with your american culture trying to muscle in on Sauce.

Ketchup comes from the Hokkien Chinese word, kê-tsiap, the name of a sauce derived from fermented fish 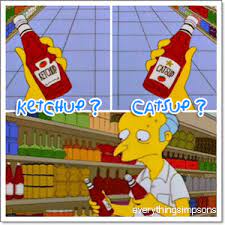 Four hour flight.
Sitting near a couple who were beyond cooked.

Air flight attendant (I don’t know the current name for stewardess but maybe that) asked them what they do.

‘We’re researchers.’
‘Oh, cool. You’re scientists? In what field?’
No, their field was conspiracies and their source was the interwebs and they didn’t write anything down.

Four hours of listening to absolute bullshit.
Did you know the US population will be 90M by 2025?
Because these two nuffies do.

was expecting some hands to get thrown.

Pity the Hot Chicks Thread isn’t around any more - I’d be Casanova as well.

That 90M thing was closest I came to losing my cool.
I wanted to shout out, ‘How?’
More than 240M are going to die in the US in two years and…how does that even work?
And when that doesn’t happen, are you going to go, ‘omg, all of this is bullshit…I’ve been wasting my life’?
Are you ■■■■.

Cookers gonna cook…
Shame on the hostie for letting them get that far. She should have cut them off early on with “riiiggghhht”… and recreated the Homer-slowly-backing-away gif. .

Air flight attendant (I don’t know the current name for stewardess but maybe that) asked them what they do.

Flight attendant is acceptable but Cabin crew is the preference

I call them plane slaves.

Just click your fingers in the air.
They don’t deserve a name.