i for one welcome our new @system overlord.

Today FDA and @CDCgov issued a statement regarding the Johnson & Johnson #COVID19 vaccine. We are recommending a pause in the use of this vaccine out of an abundance of caution.
You_Shall_Be_Smoten April 13, 2021, 11:51am #4

UK managed to hit the “all over-50s offered their first dose” vaccine target with 3 days to spare. Some issues with take-up among ethnic minorities. Novavax production pushed out to late this year.

In reality, I think we’ll be lucky to see it until next year.

Hmmm that leaves us with one. Have all the doctors and nurses in your hospital had their second dose already?

15% of staff involved in HQ in SA have refused their shots.
In WA it’s far worse with a staggering 40% saying no.
McGowan wasn’t keen for mandatory vaccination initially but now he is pushing for a change where staff will be told to “finish your vax or Fark off” 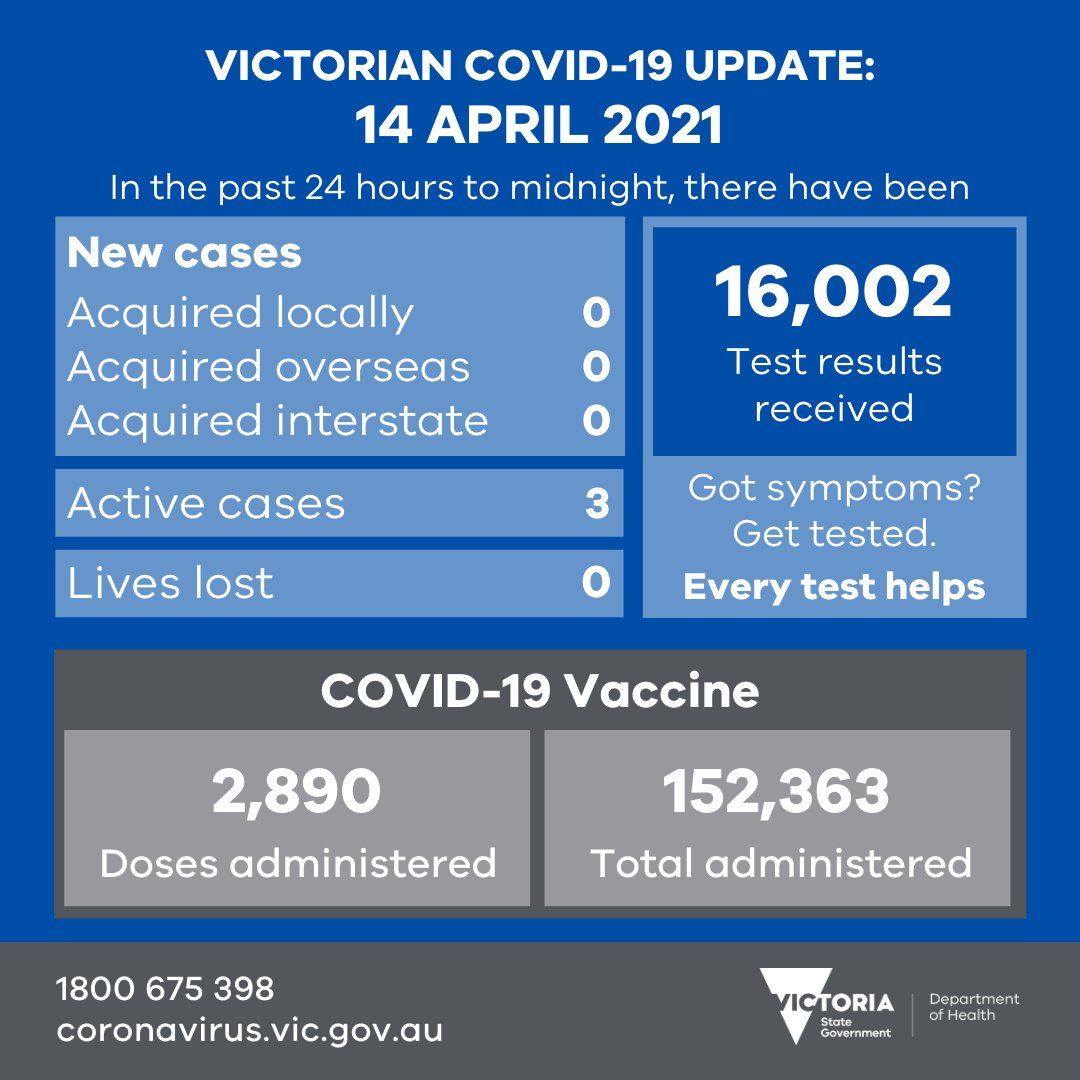 Doses administered is pretty pathetic. Just as we we should be ramping up the state figures are sagging.

Are doses lower at weekends than weekdays?

Are the vaccination centres open on the weekends?

I rang our Covid Vac team at the Austin yesterday to book my first round shot And got told to callback in 3/4 days as they have no stock.

Are doses lower at weekends than weekdays?

Can’t give what you don’t have.

One of the ideas I was suggesting yesterday was that there is no prospect of a rational public discussion about the pros & cons of getting a covid vaccine in Australia given our current low rates of infection - as there has never been an open discussion of low-probability-severe vaccine injury - so the public are spooked by the blood clotting cases.

The other problem with the current resistance to getting jabbed is that there is no immediate self-benefit being offered.
@Aceman wants to travel to Istanbul & 24 other exotic destinations,
@Blummers32 wants to protect his elderly family members

but Joe Average wants his pre-covid life back the day after he gets jabbed, and the government is being open in saying widespread vaccination doesn’t mean anything much will change in the next year or 2 as that depends on what happens in the rest of the world.

Joe Average isn’t a socially responsible dude. If covid gets going again here then his self-interest gene will kickstart his arsse down to the nearest clinic.

Can’t give what you don’t have.

Good question. Then where is it?

This except from an ABC report from 4 days ago

" The first batch of 830,000 locally produced AstraZeneca vaccines was released on March 24, with a goal for CSL to ramp up to producing one million per week.

The federal government earlier this week said 1.3 million locally produced doses had been received so far, with more to come in following weeks.

If any doses are left over from the 50 million produced in Melbourne, it is understood it will be up to CSL’s clients — the federal government and AstraZeneca — to decide what to do with them.

About 8.75 million of Australia’s roughly 25.7 million residents are over the age of 50, according to ABS data from last September".

How many of that ~9 million are in 1a or 1b though?
Vaccination using AZ has ground to a standstill almost everywhere due to the safety concerns and that’s the one we’ve got the most of.